Under a month to go now before Black Ice - the new AC/DC album hits the streets!
And if we've ever talked about a long-awaited album, it's this one! Black Ice - I love it,
it's a fantastic title, and the reviews of the very few who have heard it, have been nothing but fantastic.
Has there ever been such a buzz about a band and their new album? Not in modern time, that's for sure.
How about the upcoming tour?? Most shows of the first North American leg of the Black Ice Tour were sold out
in a few minutes, and you are damn lucky if you got a ticket. We got 'em!
Two nights in the mighty Madison Square Garden - November 12 and 13.
Only two songs off the album has been leaked, officially leaked, through ACDC.com and their myspace site.
The first single (which nobody has actually seen, yet) and video, Rock'n'Roll Train, hit like a bomb! A riff to kill for,
a lethal beat, youtube'ers going nuts and a Brian Johnson on the top of his nuts.
Powerage, Ballbreaker, Heatseeker - everybody can hear that this time they really mean it. 8 years since the last album,
so who hasn't played the song to death!?
Well, I still do, and now we got another one - War Machine. It's meaner, it's dirtier, it's louder
and it's a right on shit-hot track! Phil Rudd is on top form, his drumming sounds cooler than ever!
And the backing vocals?! Noone does that like AC/DC!
You can hear both tracks here: www.myspace.com/acdc

COMPETITION:
I got a really, really cool AC/DC dvd that I wanna share with you!
Maybe you already got it, but if not, this might be of interest.
It's a concert recorded live in the VH1 studio, 1996, and was aired on tv.
This is an excellent dvd copy, not in official sale. 8 tracks including
Riff Raff, Down Payment Blues, Go Down and Rock'n'Roll Ain't Noise Pollution.
As a bonus you'll get a dvd recording of the rehearsals to the show.
3 lucky bastards will get this in the mail, but first you gotta answer this question:

Did Bon Scott ever meet the Rolling Stones?

Email your answer to this adress: ringo@broadpark.no

I wish somebody would tell me when it was time to update this site! Give me the boot, if you know what I mean.
There's always something cool going on in the rock'n'roll world, and it deserves to get a mention.
I have no idea if this site's got a future, but I think I will give it another go. The forum is pretty popular,
so that's really cool. But I do hope for one day to have this site up and running the way I want to.
Of course it takes time, but when you're first at it, it just flows and it's one hell of a good time!
I'm working on some reviews, hope to have them up one night this week. I'm also helping out
booking bands to Bakgården, Trondheim Scene - the new rock'n'roll place in Trondheim!
More about that later.
Now I have to go to the post office, to mail a couple of The Boys - The Punk Rock Anthology ,
and the brand new Dave Kusworth compilation, Tambourine Girl.
I still got some copies left, so send me an email if you want one. Both are just fantastic!

It's been a hell of a long time waiting, but now it's finally officially announced
that the new AC/DC album hit the shops on October 21!
Full track listing and lots of info here: AC/DC Pre-Order Official Store

The Norwegian brothers of Ac/Dc of Evil Angels hit Kafe Larssen in Trondheim forthcoming saturday,
so don't miss out on a night of hard hitting boogie and tough rock'n'roll music!

Both Slömber and the Hollywood Vampires have had to cancel their upcoming
European tours, and Slömber is on the lookout for a new bass player as well.
But we don't worry, they'll be on a stage near you sooner than you think!

Hey ho whaddya know - we got a new review up!
Check the review section for what I think is a pretty good record from Bigelf!

I'm really sorry for all you who missed the Last Rock'n'Roll Band shows in Norway last week.
But fear not, youtube got some clips from the August 5 Oslo show:
YouTube - tubbeklubb's Channel
And when you're there, be sure to check out the two clips of Do Anything For Money,
a new band featuring Dan Thunderbird and Strange? Gentle!

The last ever Trashcan Darlings concert setlist vote #2 is up now:
rraf.net - All The Stories They Can Tell
Tickets for the show onsale now: Billettservice.no

The Last Rock'n'Roll Band is coming to town!
Well, a lot of towns and places, actually. See full tourlist here:
www.myspace.com/thelastrocknrollband
Two gigs coming up in Oslo, and on thursday we got the guys here in Trondheim!
New songs are rumoured for these shows, so don't miss it! 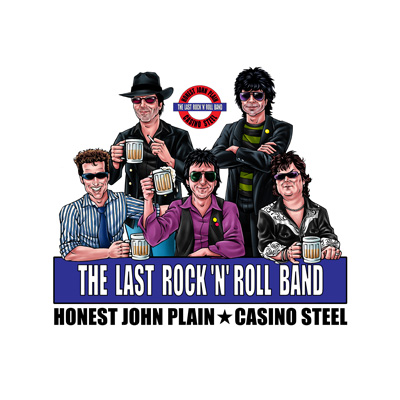 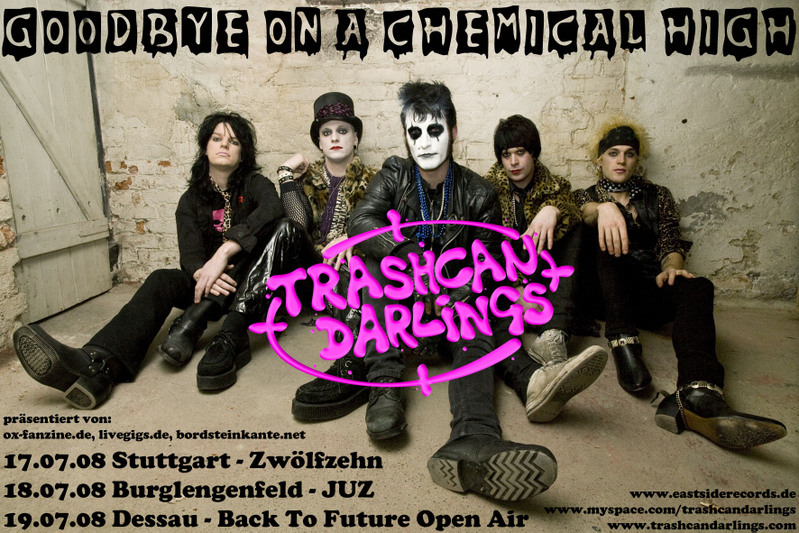 It's summer time, I've been away for some weeks and haven't even missed the computer!
But there'll always be a rraf!

Norway Rock Festival starting today, and with a bang - The Last Rock'n'Roll Band !!!

Gonna get out my audio bootleg of that show, and have a nightcap!